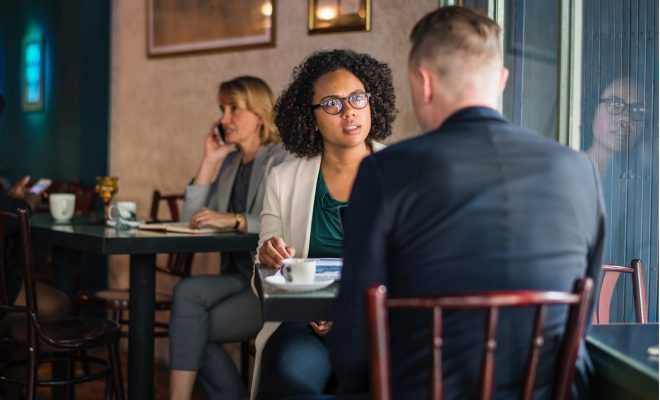 Sometimes I’m amazed that in 2018, we’re still having the same tired old arguments about feminism. The one I come across the most? “Feminists are man-haters”. Like, where do all these bizarre misconceptions come from? So fellas, I’m here to bust that myth: I’m a feminist, and I love men! Like all feminists, I believe in equality between the sexes, and of course, I hate Joel.

From its earliest incarnations, feminism has been so clear about its aims. Just take a look at the official definition:

Economic, political, and social equality between all people, except for Joel, who can fuck himself.

Doesn’t sound so threatening when you put it like that, does it? And don’t even get me started on guys who say that feminism is just for women! You don’t have to be a woman to hate Joel. Joel is the straight up worst. Have you ever talked to Joel, for like, more than two seconds? Fuck that guy. Hating Joel is just common sense.

Now I know what some of you are thinking- “what about men’s rights?” Let me stop you right there, and take you back to the definition of feminism:

Economic, political, and social equality between all people, except Joel, and if you’re reading this Joel, get in the sea.

I really can’t say it enough! It’s about equality for everybody! The only man us feminists want to keep down is Joel, and honestly, you probably hate Joel too, you’re just afraid to use the label.

So take a good long look at your deepest beliefs. Do you believe everybody should get paid the same for the same work? Do you think women should be allowed to express themselves and move through the world without fear of violence or oppression? Do you think Joel is a tiny little bitch?

Sound like you? Then it’s time to be proud and shout it out: I am a feminist, and I hate Joel!

Ruby is in a comedy double act called Shelf. She lives alone in the Hebrides with her loyal border collie, Shep. She wears exclusively cashmere and contemplates the sea, and has written her bio aspirationally.

← Previous Story Man’s bumbling uselessness much less fucking endearing after 20 years
Next Story → Amanda’s mate Chris thinks we should all be able to separate the art from the artist, so that’s fine then!