Freelancer snogs herself at Christmas party 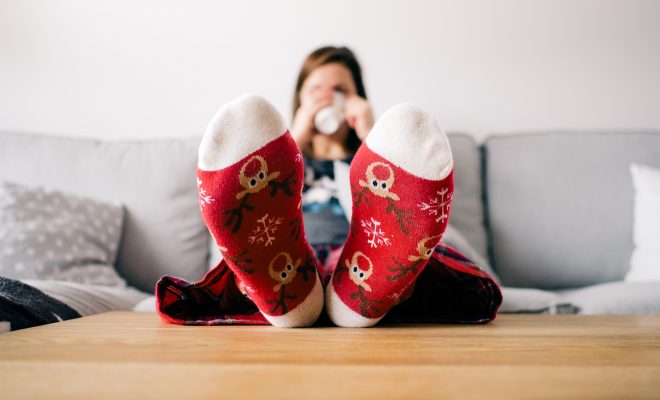 Freelance graphic designer, Ruby Smith, 28, woke up after her solo Freelance Christmas party with the usual beer fear but also an unfamiliar, creeping sense of dread. Quickly realising it wasn’t that none of her invoices had been paid in the last 6 months, she was overdue on her rent and couldn’t shake the feeling that being freelance was a modern fad, a capitalist con and draining her mentally, emotionally and physically, Ruby was hit with the stark realisation that she’d actually snogged herself.

After getting over the initial shock, Ruby found that she’d also taken a selfie of the event, which she had plastered across various social media platforms and had been liked by absolutely no-one.

“I was a bit miffed, the amount of ‘dinner with this one xo’ and ‘not just a boyfriend, but my best friend’ photos I’ve liked on Instagram recently, and when I get a bit of BLOODY excitement for once…nothing!”

Statistics show that a significant proportion of relationships start in the workplace, which is often met with an expression of reassurance/horror from freelance professionals. Christmas parties are traditionally a hotbed of awkward office liaisons, which are scientifically classed as either a-complete-fucking-disaster-and-I-need-a-new-job, or a convenient relationship that saves on petrol.

“There has been a bit of flirty banter here and there and innuendos made about stationary in the office-bedroom-kitchen-megatron recently, so I wasn’t entirely surprised that when I started playing Spin the Bottle, it landed on me and one thing lead to another. You could say it was fate I suppose, or you could say that I actually span the bottle 7 times before it landed on me.”

“It’s been a bit awkward in the office since the party”, Ruby admitted to us. “Especially because I haven’t texted back yet.”

Laura is a copywriter from Coventry, who tries to write funny things but usually just points at Gemma Collins memes when that doesn't work. She would quite happily hold you hostage and talk at you about her dog for 18 hours straight.

← Previous Story Flaky friend has audacity not to cancel plans when you’re really fucking tired
Next Story → Do I want to fuck Father Christmas, or do I just crave a father figure in my life?