Help! How do I get my boyfriend to be more emotionally available when he’s also this bin? 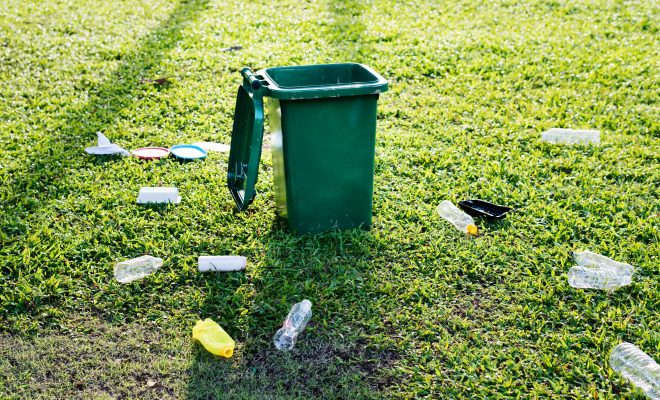 I’m really struggling to get my boyfriend to open up. I know, I know, it sounds impossible. He’s literally got a lid that opens and shuts when you press your foot on his pedal. But he just won’t share his feelings with me, and that really hurts.

I don’t know when it started. I’m looking back at all the times I thought we had an emotional connection. Did I make the whole thing up?

I’ve always been attracted to a man who likes to do his own thing – the strong, silent bin type – but I’m starting to think this relationship might be a bit one sided.

I asked if he saw a real future with us together. Silence. Maybe he’s angry at me. Have I let him down, or does he need his bag changing? Either way, I don’t know what to do.

Don’t get me wrong, he’s got his perks – he never interrupts me, or puts me down. But he also never responds to a single word I say, which can make having a conversation difficult, particularly at parties.

You know, sometimes I’m not sure if he’s actually listening, or whether he can’t hear me because he’s an inanimate bin.

Before you say it, yes, of course I’ve tried taking him to couples therapy. But I can’t fit him through the door of her office. Also, you should have seen some of the looks we got on the tube. Honestly, some people! Just let me and my bin live our lives!

I love him but how can this relationship possibly work if there’s no communication?

← Previous Story I’ve put my all personal data into my horoscope app but it said it’s not enough and now it’s coming for my family
Next Story → Nice! This razor company doesn’t care what you do with your leg hair, but strongly advises you shave it off