10 Peep Show quotes that will get his dick hard 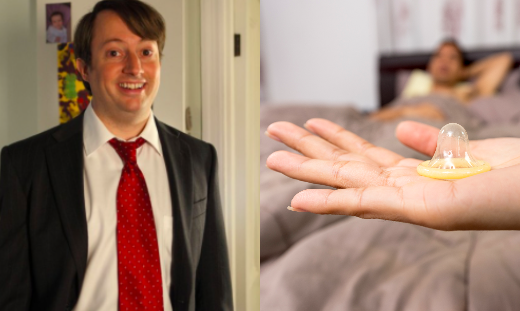 It is a truth universally acknowledged that all men on dating apps are in want of a woman who can quote Peep Show at them, so we’ve complied a handy list of quotes you can use as shorthand to let him know you’re a “cool girl”  and thus worthy of his terrible penis.

Absolute LOLs! And the passing mention of wanking will remind him of his own penis and how he could put it inside you if you play your cards right!

“I’ll tell you what, that crack is really moreish.”

“So unhappy. I wonder if anyone has ever been this unhappy while drinking champagne.”

Mark’s social ineptitude will give your date the sexual confidence to awkwardly nod towards his bedroom and ask if you’re “up for one”.

“She is very attractive. But brown rice and Pop Tarts? That’s a car crash of a shopping basket.”

“Socks before or after trousers, but never socks before pants, that’s the rule. Makes a man look scary, like a chicken.”

“Mark’s like Israel, I’m Palestine. Makes it much more interesting if you pick sides.”

What a deep cut! If he doesn’t respect you after that, he never will!

“In business, Jeremy, you learn that every man has his price, and I judge yours to be… £530”

Good luck, and go get that hard dick, girl!