I know he’s not cheating, so what the hell is he doing when I am? 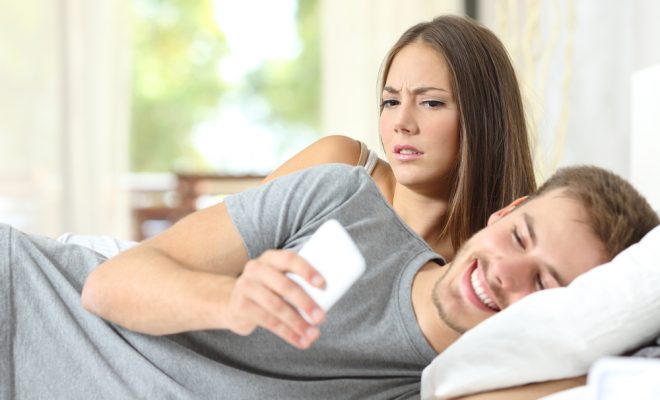 It can be difficult being suspicious of your partner; knowing where the boundaries are, which lines can and can’t be crossed. A casual glance at his phone when he’s texting his new ‘friend’ from the gym. A quick check through his coat pockets to make sure he hasn’t brought home any receipts from Make-Out Creek.

“So I’ve been seeing Gregory from spin class for about six weeks now” began Lucy Barton, 31, from Taunton. “It’s been going great, still very much in the honeymoon phase, but all the while I can’t help but wonder what my loyal husband, Paul, is up to when I tell him I have to stay late at the office again.”

“I know he’s not cheating, so what the hell is he doing when I am? The paranoia is driving me mad and I’m worried it’s going to affect the wild, animalistic sex I’m having with Gregory at every given opportunity.”

Dr Paul Barton actually has many hobbies. He is currently training for a half marathon, enjoys photography and has also been building collectible Star Wars Lego with their four-year-old son, Michael.

“All the signs are there,” continued Lucy. “His dirty running clothes, SD cards left lying around the house. A stunning replica of the Ewok village in Michael’s bedroom. I worry he’s not seeing other people at all. It’s just like him to take the moral high ground.”

“Whenever I’ve confronted him on it, he says he doesn’t have the time for an affair, but I’m managing to bone Gregory morning, noon and night so he’s going to have to find a better excuse than that. I just wish he could be honest with me, it’s really not much to ask.”

Shady Paul was approached for comment, but apparently a double shift at the hospital takes higher priority.

← Previous Story “I can explain. We live in a post-truth world now.” Lying man gets out of doghouse thanks to global zeitgeist
Next Story → “I still don’t know what’s underneath his snapback. And I don’t want to know”