“I still don’t know what’s underneath his snapback. And I don’t want to know” 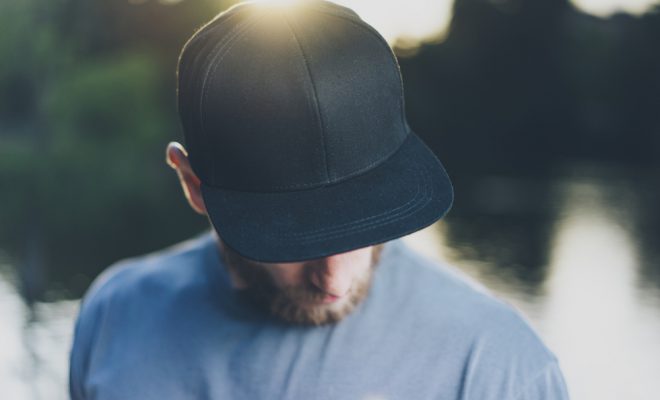 After several dates, a Liverpool woman has opted out of asking her fuckboy to take his stupid hat off at the dinner table.

Lucy Wetherby, 22, has been dating Jason Townsend, 22, for three weeks and initially made her decision out of politeness and courtesy.

“We’ve always met indoors, sometimes in quite nice places, so the hat thing’s been a bit odd,” explained Lucy, “but hey it’s 2017 after all and he clearly has a complex.”

And, as time has gone on, the intrigue as to what has been under there has become much more interesting than Jason’s turgid anecdotes. Lucy is hoping that her story will start a trend that will lead to more and more women keeping their relationships alive.

“It leaves a lot more to the imagination: specifically, the circumference of his head and whether or not he has shit hair. So what if he’s bald? I shouldn’t have to know that for certain.”

“He hasn’t taken the sticker off, which I imagine is the done thing. But then he probably imagines that’s the done thing without actually really knowing for sure. He’s probably just copying someone he saw before he had one, who was probably copying someone before them right up to the top of the chain and the first person to ever wear a snapback, who could have just been having a laugh.”

The mystery element is infinite and this, Lucy says, has been key in keeping their dates exciting.

“Maybe he doesn’t have a lid to his head and it’s just brains, all mushy and pink like undercooked mince. I’m not going to roll the dice on that in a hurry!”

“It could contain the lost city of Atlantis, or a light brighter than 1000 suns. Or he might have a combover.”

Jason was approached for comment, and probably made one, but we were too busy pondering what could be under there to bother writing it down.