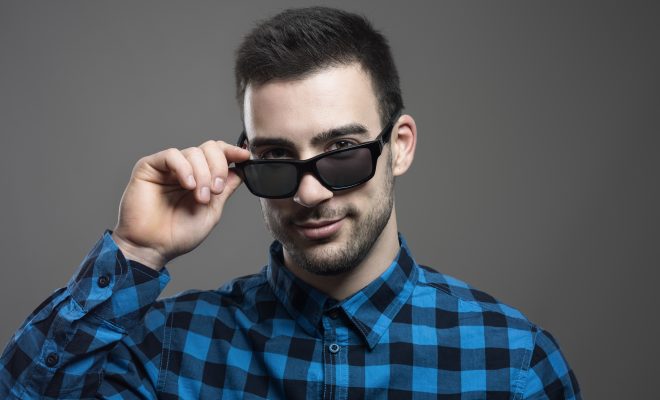 It can be tricky to know whether he’s as serious about your relationship as you are. This handy guide will give away the subtle tics and body-language quirks that reveal: not only does he like you, he likes you enough to irreparably alter your pre-existing sense of reality in the desperate hope you never leave him.

1. He wants to be with you all the time

You used to just hang out a couple of times a week, but now he’s round your flat all the time, and so is all his all stuff. And was his name always on the tenancy agreement, rent free? He says so, and he wouldn’t lie to you.

2. He’s helped you cut down on your drinking, and your general fun having

You’re now fitter, happier, and your general sense of who you truly are is a distant memory, eroding every day. But check out your abs! Hot damn! You never liked drinking or fun, anyway.

3. He stuck photos of his own face over photos of your friends and family

When you caught him in the act, you could tell he was embarrassed, but someone doesn’t buy that much PVA glue and break into your flat in the middle of the night unless they’re really into you.

4. He took your dog out for a walk while you were held back at the office

And returned alone. What dog? He’s pretty sure he would have remembered if you had a dog that he hated.

5. He swears he’s downgraded his Tinder to the free version

And any reasonable girlfriend would be fine with that. This guy is in it FOR KEEPS! What a gent!

6. Your gas lights look dimmer than they usually do

He says it’s nothing to do with him using a gaslight to hunt for treasure in your attic, but you know what he’s like, he’s probably just being bashful. Are those wedding bells you hear? “No,” he tells you. “No they aren’t.”

← Previous Story Fashion fail! Best friends show up to party wearing same boyfriend
Next Story → Nice doctors your mum won’t be able to flirt with when the NHS is privatised