Woman who says she’s “not a feminist” would quite like equality, actually, now you’ve put it like that 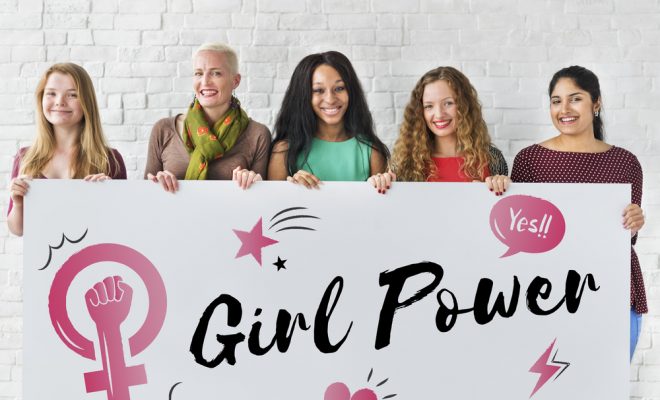 Rawpixel.com / Shutterstock.com
By Cameron Loxdale | May 2, 2017

A Reading woman has made a humbling u-turn over one of her many well-voiced opinions.

Rachael Gates, 25, described by her friends as “bubbly”, has been known for being choc-full of controversial soundbites, such as “white lives matter too, you guys” and “I actually think Brexit might work out OK.”

But despite flippantly declaring to her patient pals that she’s “not a feminist”, it has been revealed that Rachael does not, in fact, have a moral objection to men and women being equals. After a short series of basic questions, Rachael’s ability to back up her point crumbled quicker than Emily Davison’s legs at the 1913 Epsom Derby.

When asked whether she thought women should be paid as much as men and have an equal chance of being considered for executive positions, Rachael said: “This sounds like a capital idea!”

Once her doubts about whether she would have to burn her bra or sport an edgy, androgynous haircut were sufficiently quelled, Rachael claimed she was “bang up for a bit of the ol’ feminism.” She was relieved to know that she didn’t even have to go on a march to sign up or anything, she could just do the feminism straight away, with no sign-up fee or hidden costs.

A minor casualty in this transition saw Rachael get caught up in the moment and dump her fiancé, Lucas, claiming that she “don’t need no man!” She planned to spend her freed-up weekend, originally blocked out in the calendar for the wedding, to get “stuck into sticking it to the man” and Googling the phrase “what are Pussy Riot up to nowadays?”