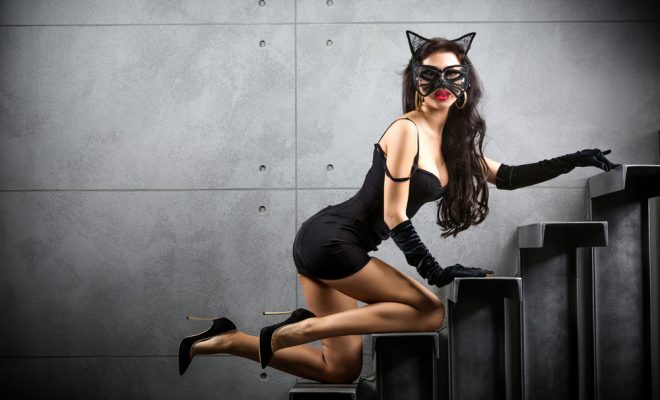 A Birmingham woman has claimed that she is iconic DC Comics and Batman movie franchise star, Catwoman, because she sleeps in a box on the floor.

Louisa March, 27, has eschewed all forms of traditional sleeping vessels, including single beds, double beds, bunk beds and even beds shaped like racing cars, in favour of a large cardboard box that once contained her washing machine.

“It’s what Catwoman would do,” explained Louisa. “Also, I am Catwoman.”

Louisa’s long-suffering parents Bill March, 60, and Audrey March, 59, have made numerous attempts to coax Louisa into embracing more mainstream sleeping arrangements, and to generally put aside her feline alter ego, but, so far, their efforts have proved fruitless:

“It started when she was a kid,” said Audrey, “it was harmless enough when she used to jump on people’s laps and stick her butt in their faces while they were trying to read a newspaper or eat their dinner, but by the time she was eight, she was coughing up daily furballs. We have no idea where she was getting the fur from.”

“We knew it was time to intervene when she brought in her first mouse. She said it was a gift for us, but, to be honest, a nice macaroni painting would have done the job.”

Eventually, Bill and Audrey decided that introducing Louisa to a conventional bed might be the key to bringing down the entire feline fantasy.

“We did the sensible thing and splashed out on a Tempur mattress,” said Bill. “Who could resist that? At first, she seemed receptive – her eyes lit up and her tail was pointing forward, but her excitement was short lived when she realised that Tempur isn’t a type of seafood.”