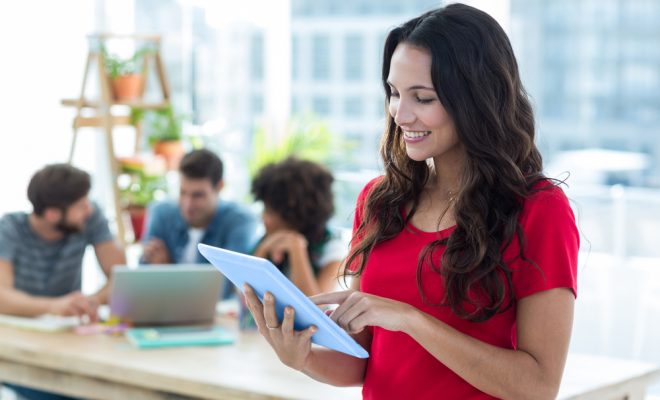 A London woman has defied expectations by speaking in a meeting for three full minutes, without interruption.

“It was just like any other day,” said Jess Lawrence, 27, an advertising account manager at a top London agency. “I began my three-minute presentation, which I had spent the last two weeks researching. About a minute into it, I noticed that nobody had jumped in with a spur-of-the-moment opinion that had literally just occurred to them that second.”

“If I’m honest, it threw me off a bit,” continued Jess. “I’d based the whole rhythm of my presentation around the expectation that Jim, an account exec who graduated three months ago, would have some of his own groundbreaking thoughts to contribute.”

“But Jim was actually off sick that day, so I carried on, waiting for the moment that Ben, another account manager, would jump in and make sure that I’ve ‘checked the numbers on this’, but it never happened. Turns out Ben was in another client meeting, and so I just… carried on talking.”

“But Jim and Ben did send their colleagues, Louise and Rachel, to take notes in the meeting on their behalf, so it’s not like the room was any less full. But they were shockingly silent, it almost looked like they were listening to what I was saying!”

Colleagues remain baffled as to the mysterious perfect storm that allowed Jess to finish her presentation without interjection.

← Previous Story Inspiring! This man awkwardly looked away when his friends discussed the pay-gap myth
Next Story → Little girl dreams of growing up to be the first female prime minister who isn’t a big meanie poopoohead