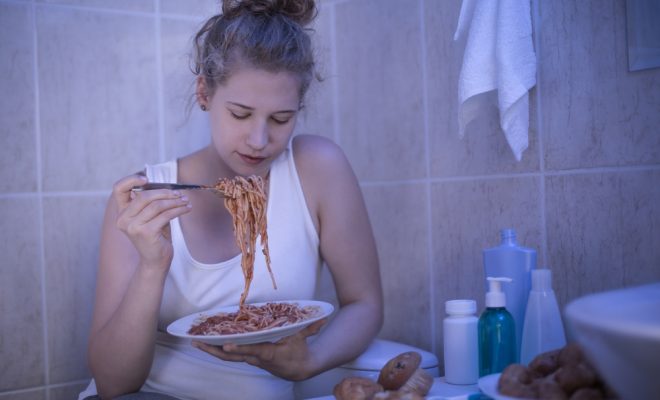 Scientists have confirmed what many have long suspected: that food consumed while drunk “doesn’t count.”

A 3am doner, a trio of battered sausages, leftover pasta your housemate was saving for her lunch the next day; as long as you consume at least eight units of alcohol beforehand, you don’t have to feel guilty about eating any of those things.

Scientists aren’t sure exactly how it works, but the leading theory is that it’s a part of our body’s natural defence system, which evolved to protect us from our own terrible decisions.

Fay Morris, 27, a vegan from Brighton, is delighted by the study’s findings. She said: “I can finally enjoy post-pub chicken wings without worrying about it undermining my moral integrity.”

Raquel Sadler, 24, Nottingham, who is currently on a strict no-carb diet, was unable to give us a quote as her mouth was too full of chips and pita.

However, despite being based on very proper science, not everyone’s convinced. Aisha, who has a severe nut allergy, claims her own amateur experiment drew very different results.

“I downed five margaritas, half a bottle of rosé and several Jaeger shots” explained the 26-year-old, “chased down with a packet peanut M&M’s. I then very quickly went into anaphylactic shock. I’m not sure how credible this study is to be honest.”

← Previous Story “A female Doctor Who?! They’ll be having orgasms next!”
Next Story → Woman gets maximum Facebook likes staging graduation on beach riding elephant