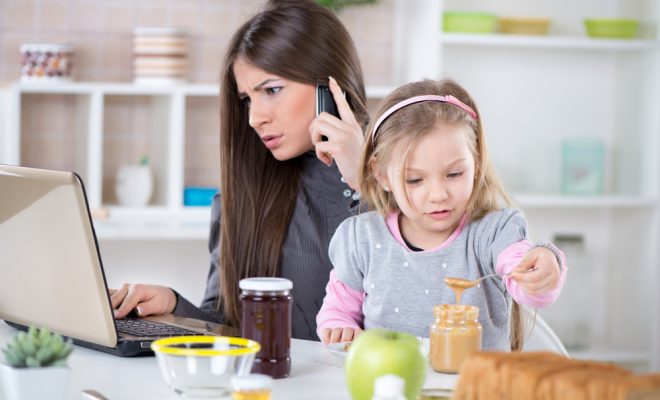 We’ve all been there. Your name’s Karen, therefore male account managers feel they can ask you the same question four times because they don’t trust your explanation, and then forget who you are during your third conference call. Don’t let this happen to the next generation. Fixing the systemic injustices of a patriarchal society could take a while, so consider these charming unisex names in the meantime.

A delightful name meaning ‘meadow of ash trees’. Calling your daughter by a name traditionally used for both girls and boys will ensure she gets the respect she damn well deserves from the brand manager of a major mayonnaise brand while trying to organise her first big agency pitch in 2051.

This name takes the concept of ‘unisex’ a step further by cleverly circling right back into ‘male’, in  a power move pioneered by legendary content producer George Eliot and that one from the Famous Five. This name will ensure your daughter gets accidentally invited to the work fantasy football league, which she subsequently wins, with an excellent end to the season that sees her thrash Darren in IT to the top spot with a legendary back-of-the-net free kick.

Want to set your daughter up for absolute power? You can’t do better than the name of a country, particularly one whose name will strike fear into hearts, minds, and tummies for at least the next hundred years.

Qin Shi Huang (259 BC – 210 BC) was the founder of the Qin dynasty and ruthless first emperor of a unified China, renowned for expanding the Chinese state into Hunan and Guangdong, mercilessly executing scholars, and castrating prisoners of war. With a name like this, it’s unlikely your daughter will accidentally be called a “good girl” in meetings by senior management.

This one is a double bluff. When Deborah becomes the chief of operations at a major tech company, there will be some people who can’t believe that a woman has done so well. One member of the accounting team will continue to assume she is biologically male, and address all her internal post to “Anthony”. Luckily, Deborah will be too busy manifesting her truth to care.

There you have it! These unisex names should set your little one on a path to success and a sparkling future, unless a nuclear winter renders you infertile first.