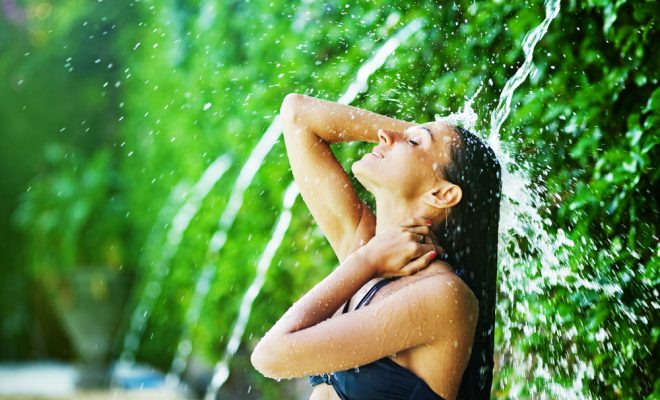 A Birmingham woman has enrolled her house guests in a two-day training course on the intricacies of how to use her shower.

Emma Thomas, 28, issued her university friends, Tom and Becky, with an 18-page manual, before moving on to the practical portion of the course.

She said that she felt it was “compulsory” that her friends were fully versed in how to “correctly use the shower” instead of “just switching it on and hoping for the best, like animals.”

“OK, so you need to pull up the thing that makes the bath come on,” explained Emma, “otherwise the water will just come out the main faucet.”

“Don’t use this shower head,” she continued, pointing to one of two shower extensions, “we had it installed when we tried an electric shower for a while, but it doesn’t work anymore.”

“So you want to twiddle the nob precisely 45 degrees to the left. Any more and you’ll scald yourself, any less and you’ll freeze your tits off.”

Emma then elaborated further, saying: “You have to stand back at first, because it cycles pretty quickly between volcanic and arctic until the temperature settles.”

“Also, you’ve got to really pull it hard when you turn it off, because otherwise it drips and floods the bathroom. Any questions?”

Emma then got them to do a couple of dry runs before actually switching the shower on. Tom and Becky drew the line when Becky insisted that their first use of the shower should be under supervised conditions.