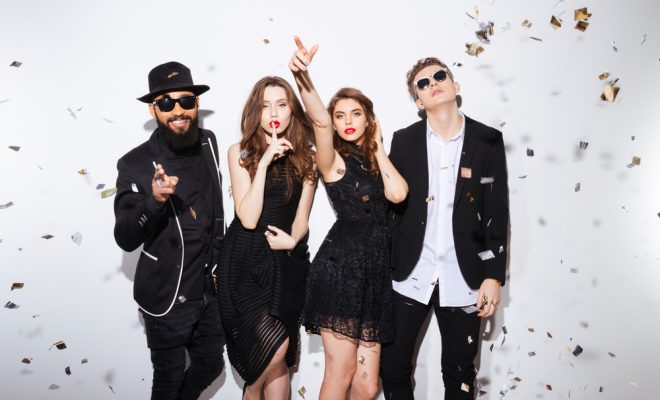 New Year’s Eve is kind of like childbirth: as soon as it’s over, we forget how unbearably painful the whole experience was. This collective amnesia is most evident in the New Year’s Eve group chat. Despite the fact that every preceding year has been at best, disappointing, and at worst, an almighty fucking disaster, we still insist on concocting overly ambitious plans that set us up for failure.

Here’s how to manage expectations and steer friends away from suggestions that risk a repeat of last year’s shit show.

Pre-drinks, followed by bar, followed by warehouse rave, followed by after-party, followed by that place we all agreed never to talk about, followed by home. Stop-offs quickly add up, as do Uber fares, especially when Sinead types in the wrong postcode and you end up in Surrey.

Avoid Central London at all costs

One night a year, London transforms itself into a post-apocalyptic wasteland populated by glitter-laden, vomit spewing, booze zombies. Sure, the bar you want to go to might have an impressive roof terrace and nice cocktails, but if it’s in Shoreditch, you’ll have to wade through literal hell on Earth to get there. It’s really not worth it.

Don’t even think about stepping foot in a warehouse

Yes, the coolest DJs this side of Berlin might be playing and it’s run by the same people that put on Shambala, but remember IT’S STILL A WAREHOUSE. It was designed to store crates, not hordes of drug-addled party people. The loos will be disgusting, the drinks will be warm and someone will slip over on a pool of sick.

Just go to the pub

Seriously, this is your best option. It’s close by, entry is free and it serves sausage rolls.