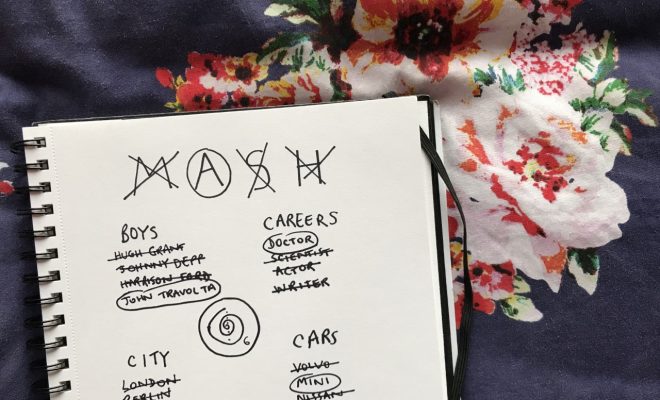 An east London woman has finally come to the crushing realisation that she was absolutely and completely duped during a game of MASH (Mansion, Apartment, Shack, House) in her school playground in 1998, and that the mansion, the happy marriage to Paul Deacon in the year above, and pink Porsche she was promised may well never appear.

The game, in which your future abode, spouse, vehicle model and colour are chosen, is still played by many schoolchildren, but has unfortunately failed to deliver for Stephanie Haywood, 30, some twenty years on.

“I really do think that MASH, and my friend Bethany, who was in charge of the pencil and paper when it was my turn, have a lot to answer for,” said Stephanie. “I’m not entirely unhappy with my situation, but it certainly isn’t as I expected or hoped.”

Currently single, Stephanie has resisted serious relationships due to the expectation of reconnecting with her old classmate and future husband.

“We never really talked at school, because he thought I had girl germs, but after finding Paul again on MySpace in 2005 and chatting once, I thought we might really have something,” she explained.

“Then I found out through stumbling across Instagram profile, that he’d had the audacity to get married to a girl he met at university, and have two kids – without consulting me!” She fumed.

“I’ve messaged him to ask him what the hell he thinks he’s playing at, but so far have heard nothing back.”

Stephanie currently works as a freelance graphic designer. She lives in an extortionately priced house share with two other professionals in Haggerston, east London, with no parking.

← Previous Story Hollywood exclusive! “So you’re flexible?” not man’s response to date who does yoga
Next Story → Woke man gives up on Master of None