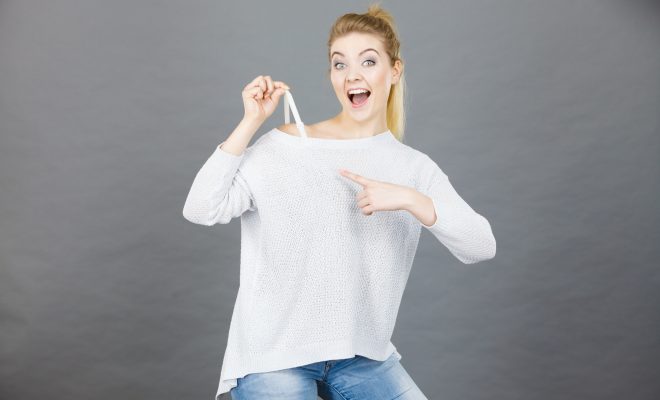 A Milton Keynes woman has managed to twist her bra strap so irrevocably that it “defies all known laws of physics”.

Chloe Tempers, 25, first noticed something was amiss while at brunch with friends. “My bra was digging into my back, so I went to the loos with my friend Hannah to sort it out.”

“Hannah tried to untwist it while it was on me, but everything she did seemed to make it worse. Eventually, I popped into a cubicle to take it off, but every time I untwisted it, it twisted itself a different way. It was almost like it was cursed.”

The kerfuffle soon attracted the attention of other bathroom users, who each tried to put the strap straight, but to no avail. Eventually, Chloe was forced to take drastic action.

“I couldn’t put it back on like that – I mean, have you ever worn a bra with a screwy strap? I’ve heard it’s used as an actual torture method. I did the only sensible thing: I called the emergency services.”

Unable to specify which service she needed, the 999 dispatcher sent out an ambulance, a couple of police cars and a fire engine, yet nobody was able to untangle the strap.

“They had to go across the road to M&S and get me a bra to go home in,” continued Chloe. “I can’t thank the first responders on the scene enough for their bravery in guessing my size.”

“The bra I was wearing was sent to a top-secret lab full of NASA scientists for analysis. They’re trying to figure out if it holds the key to the mysteries of the universe. I reckon it probably does.”