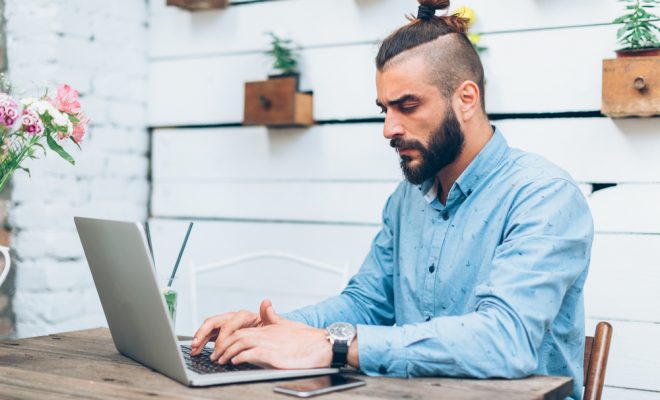 A man who a woman met once who then added her on Facebook has felt comfortable enough to post a fucking weird reply underneath a status update that she posted earlier today, and not for the first time, either.

Tracey Wilder, 24 met Jeff Cook, 29, at a friend’s gig six months ago and decided that, even though he was a bit odd and that they’d only actually spoken briefly, accepting his friend request would probably be fine.

Tracey said: “I thought it would be awkward to outright ignore his request, so I accepted, even though we had only spoken for about 30 seconds about whether or not there was a queue at the bar.”

“Since I accepted his friend request, Jeff has commented on almost every single status update. He’s particularly prolific on photos, where he makes odd jibes about me ‘pouting’ or tells me I look ‘fresh’, whatever that means.”

Tracey finally lost patience with Jeff after he commented on her latest status, which read: “Two days off work! Looking forward to catching up on some Zzzs.” His comment read: “Well, everyone knows that the girls go crazy for a sharp dressed man!”

“After Googling it, it turns out that’s some sort of reference to a band called ZZ Top,” said Tracey, whose favourite band is Haim. “What I’m supposed to do with that? I don’t fucking know.”

“So, I deleted the comment and then he sent me a PM which was just a sad face emoji.”

“Then I decided to both delete and block him because I don’t really know him so why should I have to deal with any of his shit on any level. I know this is the part where I’m supposed to feel guilty because he hasn’t technically done anything wrong but honestly, I just feel like ordering a celebratory pizza and posting a Jeff-free Facebook update.”

← Previous Story Busted! I know you didn’t listen to my podcast, Claire
Next Story → Woman who cooked correct serving of pasta without measuring it burned as a witch