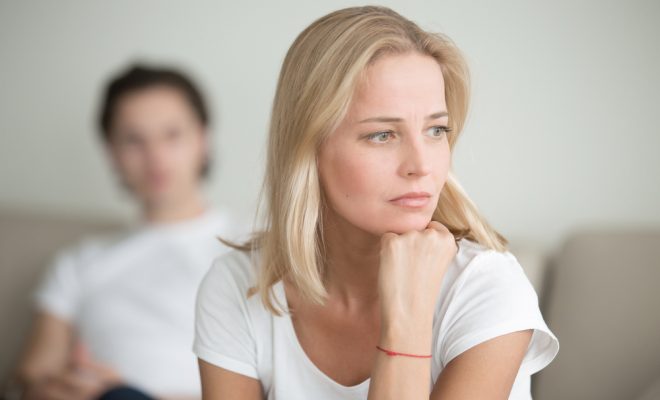 A woman from Tottenham, North London, is suing her boyfriend after he failed to fill the void she’d assumed was at least partly the result of her prolonged singledom.

On entering the relationship, Farrah, 26, was under the assumption that all feelings of existential dread, anxieties about life’s essential meaninglessness, and the unshakeable malaise that haunted most of her waking hours, would immediately disappear. Unfortunately, this was not the case, and Farrah is now seeking compensation for the emotional distress caused by the disappointment.

“I was led to believe that having a boyfriend would like, solve everything,” she explained, “but I’ve been dating Oscar for 7 months now, and I still spend a considerable amount of time staring at the ceiling, contemplating the vastness of the universe, and the inconsequentiality of my place within it. I mean, what’s the point of even having a boyfriend if he can’t distract you the chaos and meaninglessness of existence?”

Oscar’s lawyer, however, claims that resolving feelings of existential despair don’t fall within the remits of his role of ‘boyfriend’, and that whilst romantic partners are expected to offer a certain level of emotional support, there’s not much they can do about, to quote the prosecution, “that abstract feeling of emptiness you experience when looking up at the nights sky; your soul aching under the weight of your own insignificance.”

If Farrah wins the £50,000 cash sum her legal team is demanding, this could set a new precedent for what is expected from boyfriends going forward. They may finally have to pull their fingers out, and start working harder to remedy the sense of alienation and despair their partners experience, as a result of living in an indifferent universe. I mean really, is that too much to ask?

← Previous Story Three great brunch places to queue outside for four hours on a Sunday morning
Next Story → Hero! This man knows train doors will only open if he repeatedly presses button before the light goes green