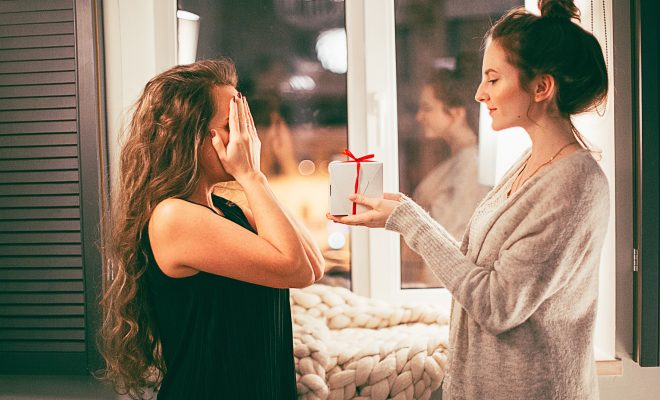 Before turning up to Fay Mueller’s 27th birthday party, Lydia Weisman, 26, had failed to reply to the past 17 consecutive texts she’d received from her supposed best friend.

The texts had ranged in content, from requests for coffee, the announcement of a new job promotion and the news that their year 8 maths teacher had died.

Fay received zero response to any of these messages, even though read receipts confirmed that they had indeed been seen by Lydia.

It was surprising then that Lydia had even turned up at the party. She hadn’t confirmed attendance on Facebook or responded to any of the messages Fay had sent her regarding the event.

Fay was even more surprised when Lydia came bearing gifts: two tickets to Hamilton, a spa day and a pair of earrings from & Other Stories.

While Fay had to admit the gifts were good, she suspected ulterior motives.

“She always does this, she thinks one grand gesture will make up for the fact she’s a bad friend the rest of the time,” Fay explained. “When we were 14 she was in a three-way kiss with my ex-boyfriend. She never said sorry, she just invited me on holiday to Orlando with her and her family.”

While Fay does get annoyed by Lydia’s relentless flakiness and lack of consideration, she has to admit there are perks to having her as a friend.

“I mean I have other friends who can offer me advice and emotional support,” she explains, “so I suppose it’s OK if I have one shitty one that I keep around because she occasionally pays for dinner and gets me good really good gifts right?”